We would like to congratulate Saint Joseph High School in South Bend for repeating their State Quiz Bowl Championship on Saturday, March 6 in our virtual contest!

16 of the top teams in the state met virtually on Saturday to determine the state champion in a 3-game guarantee, seeded bracket tournament. We would like to thank the Purdue Quiz Bowl team who served as moderators for the tournament, and their president, Drew Benner who moderated the final rounds and helped to facilitate the tournament.

The other state finalists included:

Following the State Championship, Purdue University Quiz Bowl Team held tryouts for Team Indiana, an all-star team which will compete in the NASAT (The National All-Star Academic Tournament). Congratulations to the following students who earned positions on that team and will compete on Team Indiana. 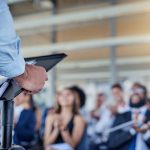